While looking for homes for sale in New Hanover County, you’ll notice there are a variety of areas mentioned that aren’t a community or city. If you aren’t a resident, it can be confusing. So, here’s a brief rundown of where each area is located and what it encompasses.

Starting from the top of New Hanover County…

The northwest section of New Hanover County, running up Castle Hayne Road, is one of the least developed areas of the county. There’s still some farming happening here, as well as industrial use (GE is located here). However, as the population of Wilmington grows, developers are petitioning the county to rezone some of this undeveloped land into residential and commercial. In recent years, we’ve seen new waterfront communities with marinas begin construction. River Bluffs is one of them and Preservation Point is in the works. Rachels Place is also a popular community in the area.

Murrayville, sometimes called Murraysville, is an area spanning Murrayville Road off N. College Road up to Sidbury Road. In this area is Murrayville Elementary School, a New Hanover County fire station, and multiple businesses, including Lowes Foods, Dunkin’ Donuts, and PNC Bank. While the official census area does not cross N. College Road or pass the Circle K gas station, when people refer to the Murrayville area, the community of Northchase is often included. 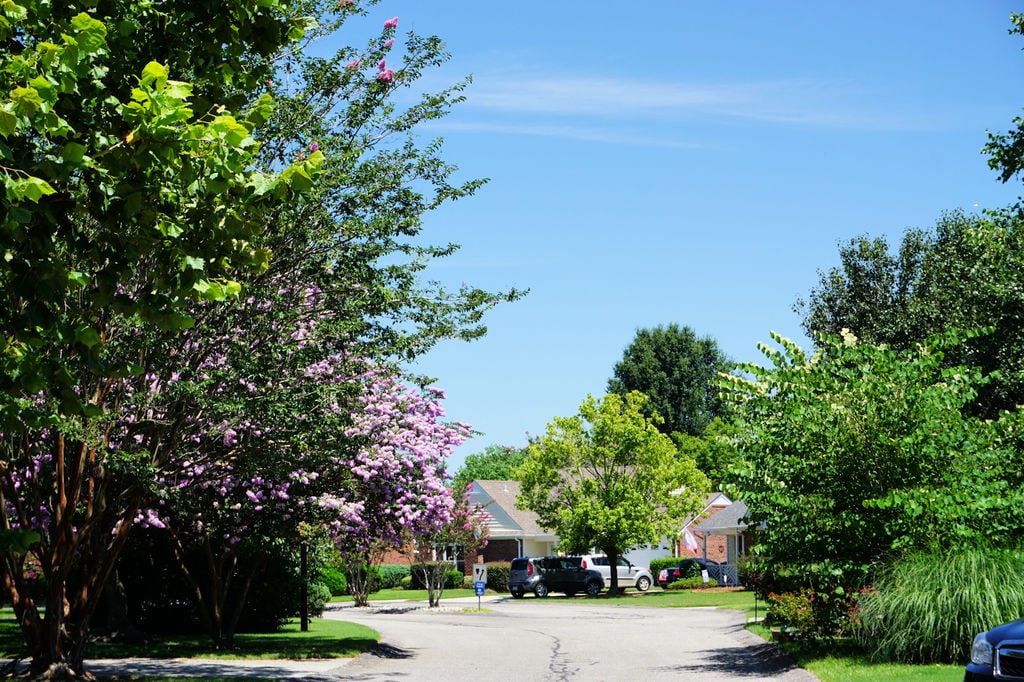 The Kings Grant area primarily encompasses the neighborhoods of Kings Grant, Kings Grant Extension, Springview and Alandale, which are the communities located between Murrayville, Kerr Avenue, Market Street, and Gordon Road. N. College Road runs right through this area and converges with I-40. The area is primarily residences with a few small businesses and gas stations mixed in. 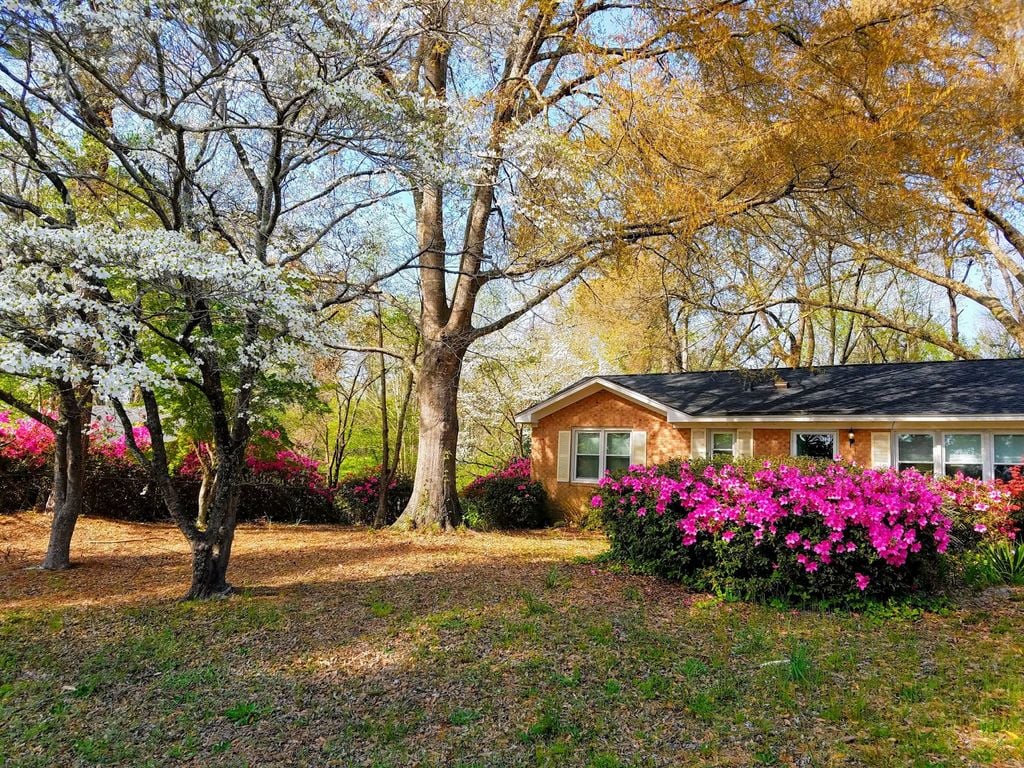 Scotts Hill is an often-overlooked area of Wilmington, because while it has a Wilmington zip code, it’s technically in Pender County. You must merge from Market Street to Hwy 17 to get to Scotts Hill, which is home to a few small businesses, Scotts Hill Marina, Poplar Grove Plantation, and New Hanover Regional Medical Center’s North Emergency Department. There are a few organized home communities, including Scotts Hill Village, which has some of the newest construction in the area. One thing to keep in mind when looking for a home in this area: some properties are in the Pender County School District and some are in the New Hanover County School District. So, always double-check if you have school-age child. 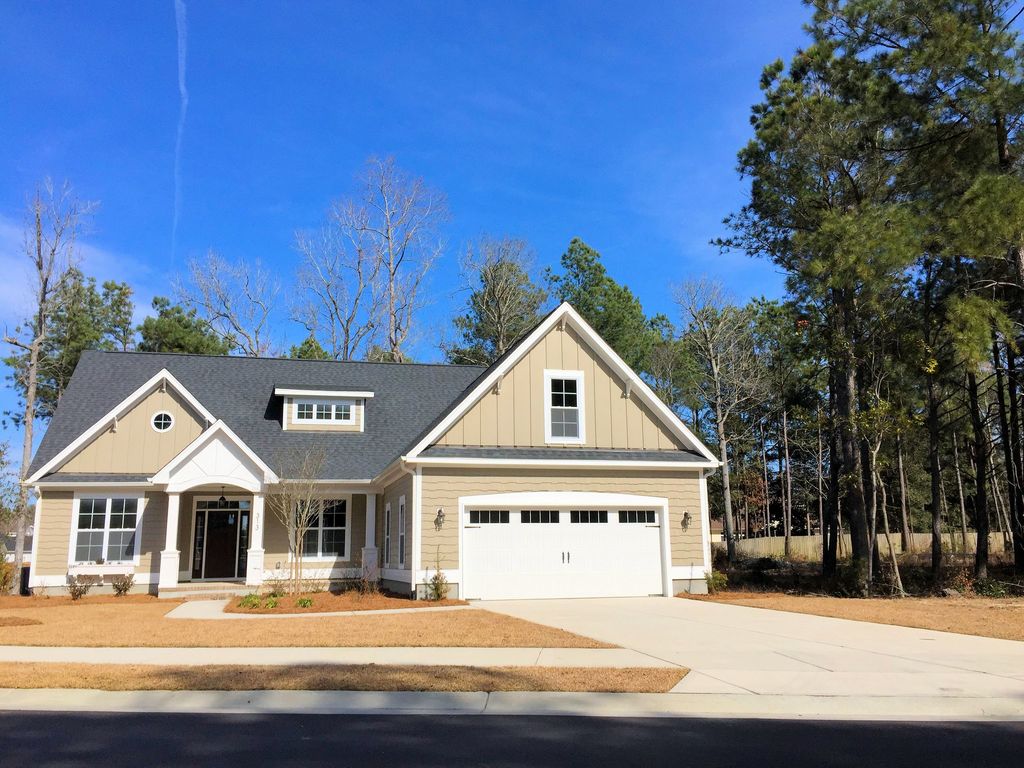 Porters Neck used to just refer to Porters Neck Plantation and Country Club off Porters Neck Road. It has since expanded to include the commercial area on Market Street right before Scotts Hill and the overpass to Hwy 17, down to the Bayshore area. This is a growing area that has in the past 5 years received a Lowe’s and new apartment complex, and is home to many wonderful small businesses and restaurants. It also has 2 golf courses – Porters Neck Country Club and Eagle’s Watch, both of which were designed by Tom Fazio. 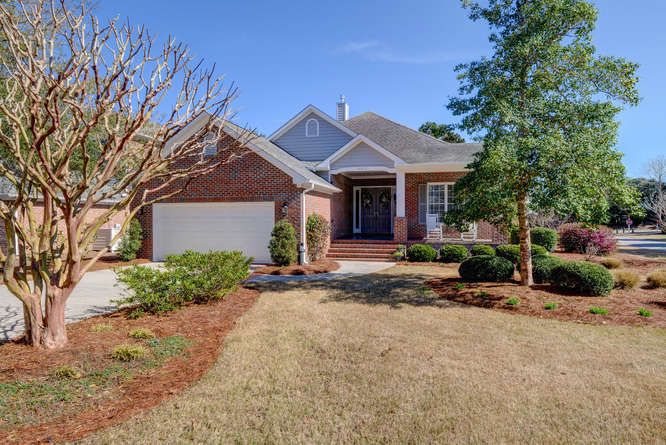 Located between Ogden and Porters Neck, Bayshore is just a slip of an area that often gets confused for its neighbors. Technically, this census area includes a Walmart and shopping center, The Sound Cat Veterinary Hospital, The Cast Iron Kitchen, medical facilities, and some great small businesses. The largest portion of Bayshore belongs to Bayshore Estates, an established waterfront community right off Market Street. 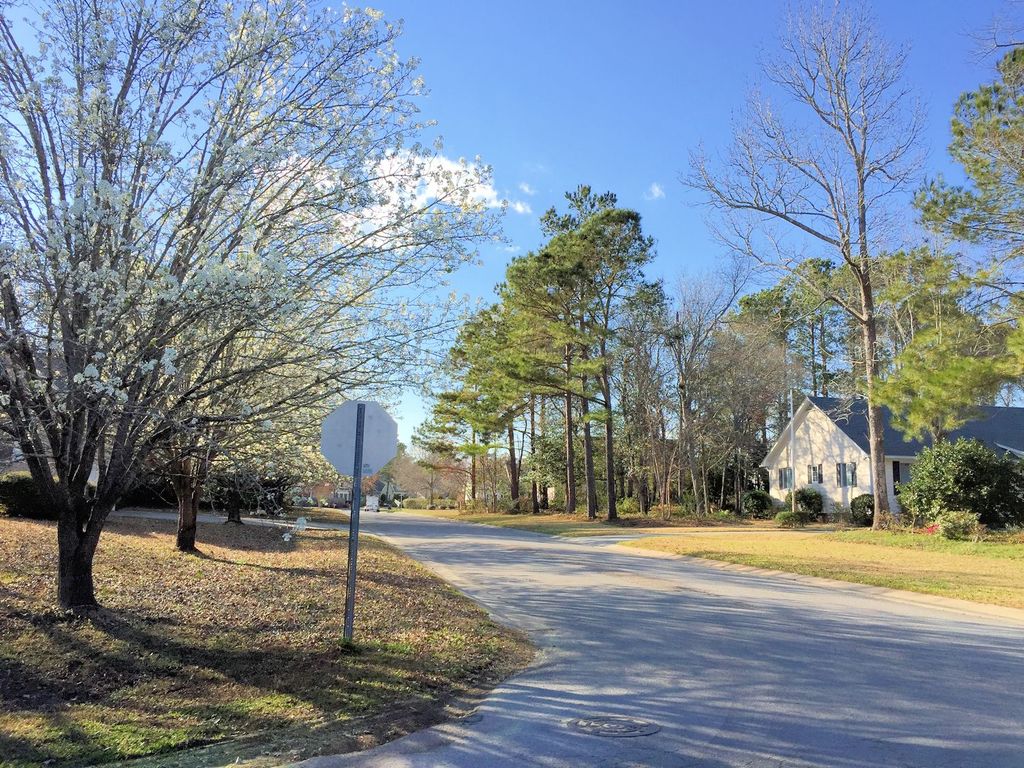 The Ogden census area spans from Bayshore to Landfall and is sandwich between Market Street and the Intracoastal Waterway; however, areas north of Market Street, including Ogden Park and Ogden Business Complex, are also included when referring to the Ogden area. This area features the popular Middle Sound Loop area and Ogden Elementary. There are a number of home communities here, including Emerald Forest and Middle Sound Village. 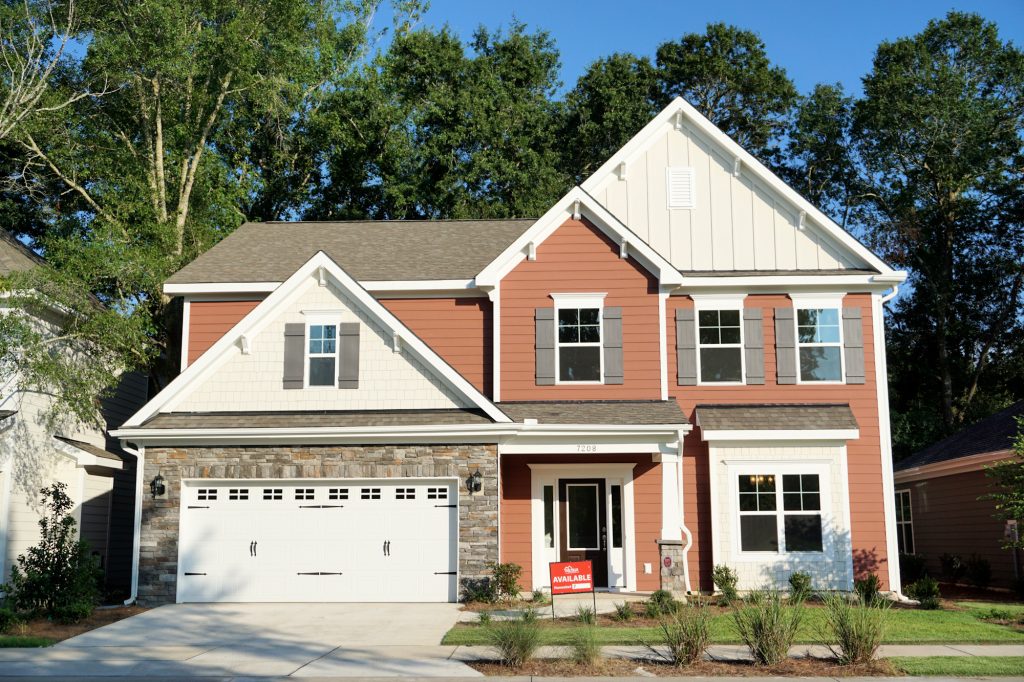 Wilmington’s downtown area is located along the Cape Fear River. A chunk of that area is considered the Historic District. This is a general term, because there are actually 5 local and 8 nationally recognized historic districts in downtown Wilmington (see map). This is the banner area of Wilmington – what people envision when they think of our city – but it’s important to know that buying a home in the Historic District comes with some limitations on modifications and use. These rules are enforced by the Historic Preservation Committee, in order to maintain the look and feel of this special area. More than likely, if you’ve fallen in love with the homes, you’ll understand why. 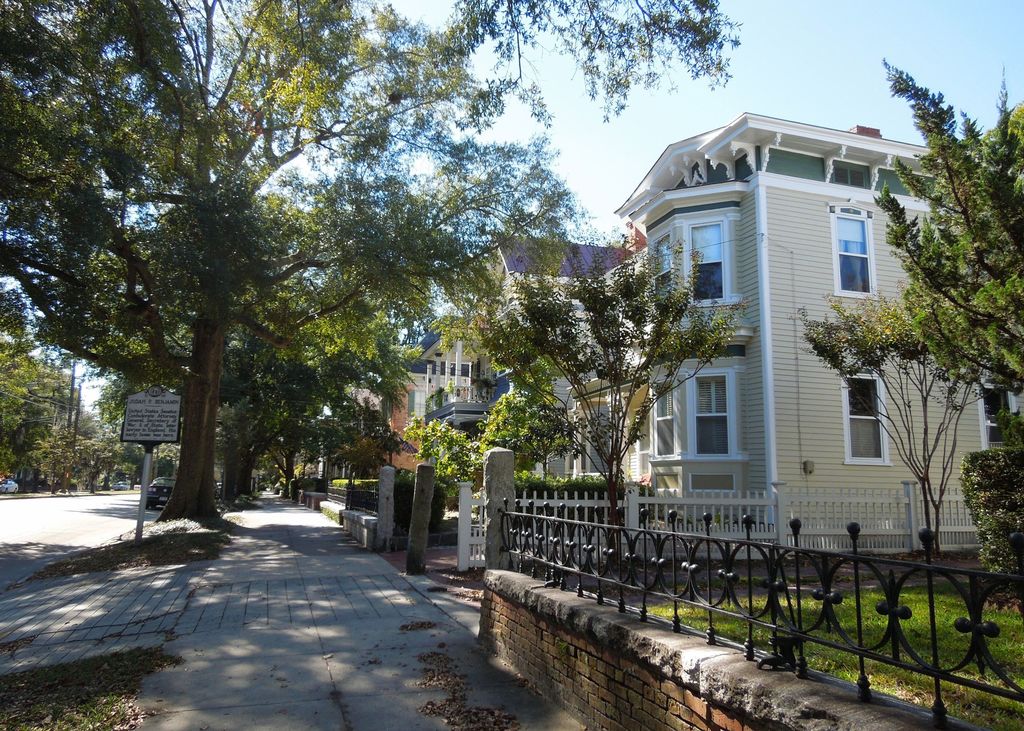 The Brooklyn Arts District is a small area of downtown Wilmington that has recently seen a spurt of growth and revitalization. The area is bordered by N. 3rd Street, Nixon Street, McRae Street, and Walnut Street. The Brooklyn Arts Center is a major landmark of this area, playing host to concerts, festivals, weddings, and other events. It’s especially popular among artists and creative types.

Mayfaire is a master-planned development on Military Cutoff Road that includes multiple stores, restaurants, and residences. Much to the chagrin of surrounding developments, the entire strip of Military Cutoff Road, from Station Road to Eastwood Road, is usually referred to as Mayfaire. However, you’ll also find Landfall Shopping Center, The Forum, and Renaissance Market in this stretch. Mayfaire’s communities include Parkside at Mayfaire and Landfall. 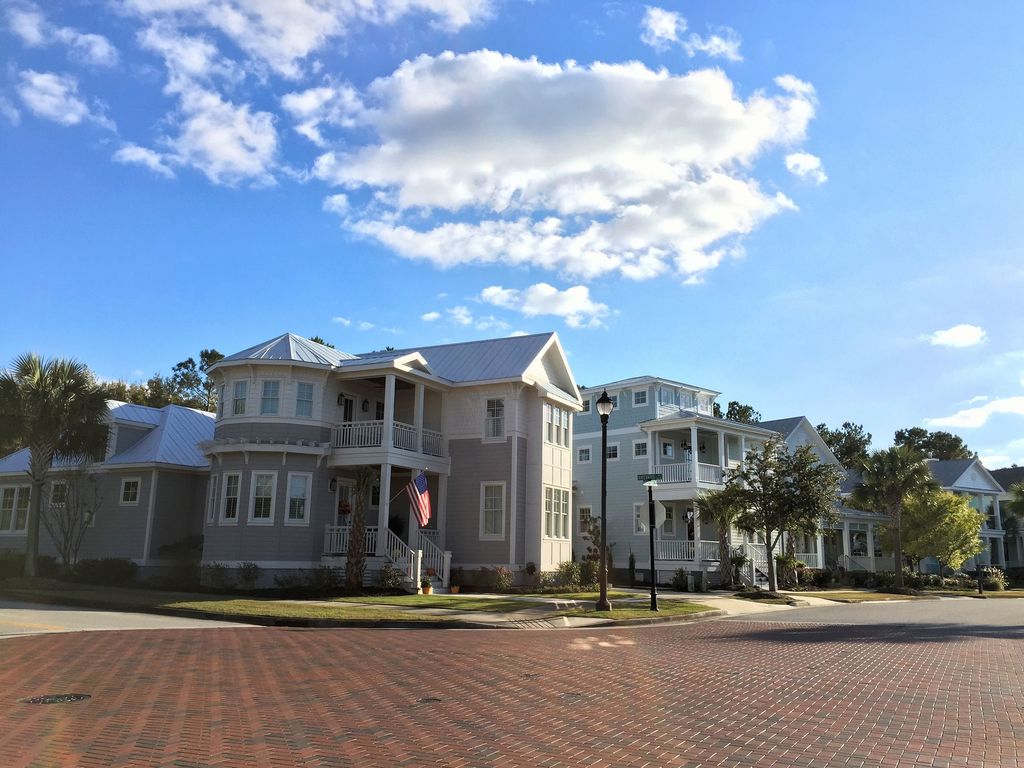 Running parallel to Masonboro Island Reserve is the area collectively known as Masonboro. This is basically short for Masonboro Loop Road and encompasses all the communities located off this long stretch that spans from Pine Grove Drive down to the Myrtle Grove area. This area is highly sought-after by boating enthusiasts and home to Masonboro Yacht Club and Trails End Park, which has a public boat ramp. There are numerous communities to choose from, including Masonboro Trace and Masonboro Forest. 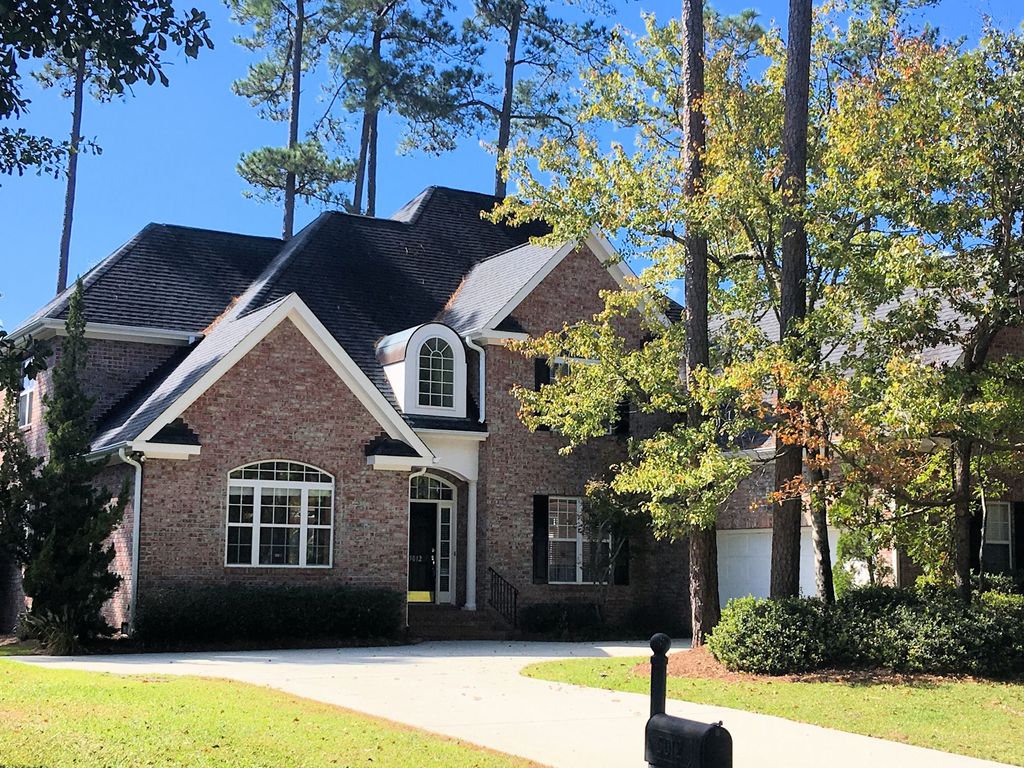 Of all the Wilmington areas, Monkey Junction is sure to stand out the most. It’s located where S. College Road and Carolina Beach meet. It gets its name from an old filling station on Carolina Beach Road that was there from the 1930s – 1970s. The owners kept live monkeys to attract customers travelling to Carolina Beach. Development has since boomed making Monkey Junction a commercial hub for many residential communities in the area. Kaylies Cove and Whiskey Branch are two to consider.

Monkey Junction overlaps Myrtle Grove, so the names are often used interchangeably. Myrtle Grove is located below the Masonboro area and ends where Myrtle Grove Road intersects Carolina Beach Road. Many waterfront properties can be found in this area. 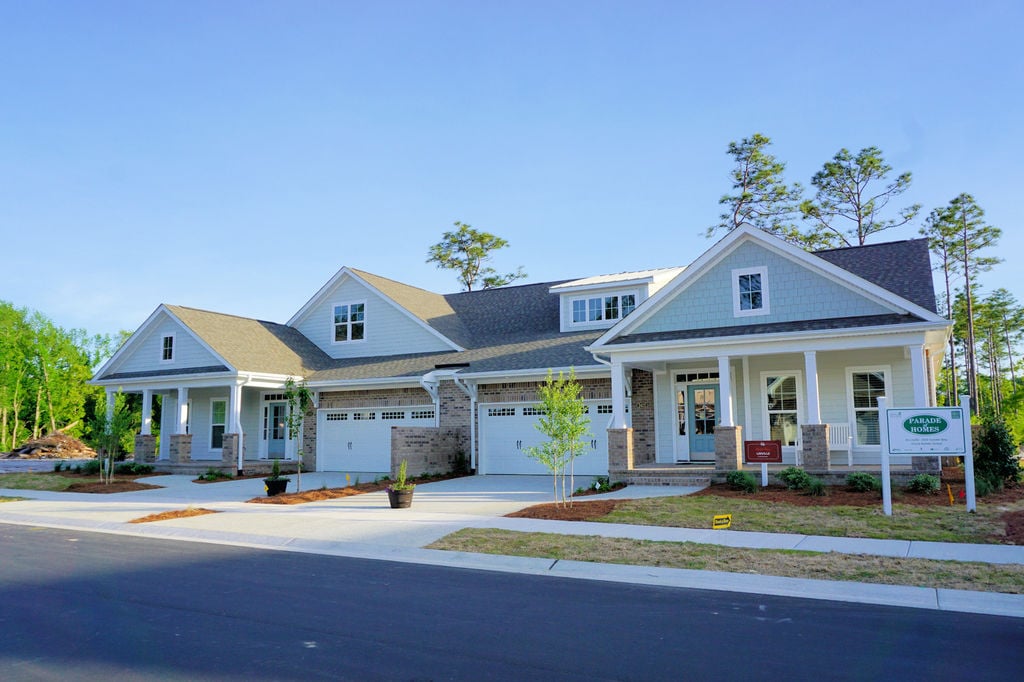 Midtown is a relatively new term for our city. Over the years, it’s been thrown around here and there in reference to different parts of Wilmington but didn’t really start sticking until the past 2 years. A spurt in development created a need for a new classification for the area that stretches from Market Street down to Carolina Beach Road between S. College Road and 17th Street. This area includes The Pointe at Barclay, Independence Mall, NHRMC, and the Cameron Art Museum, but can still vary a little according to who you’re talking to. The areas surrounding Midtown are expected to see a lot of residential growth over the coming years and already include The Forks at Barclay and Pine Valley Estates. 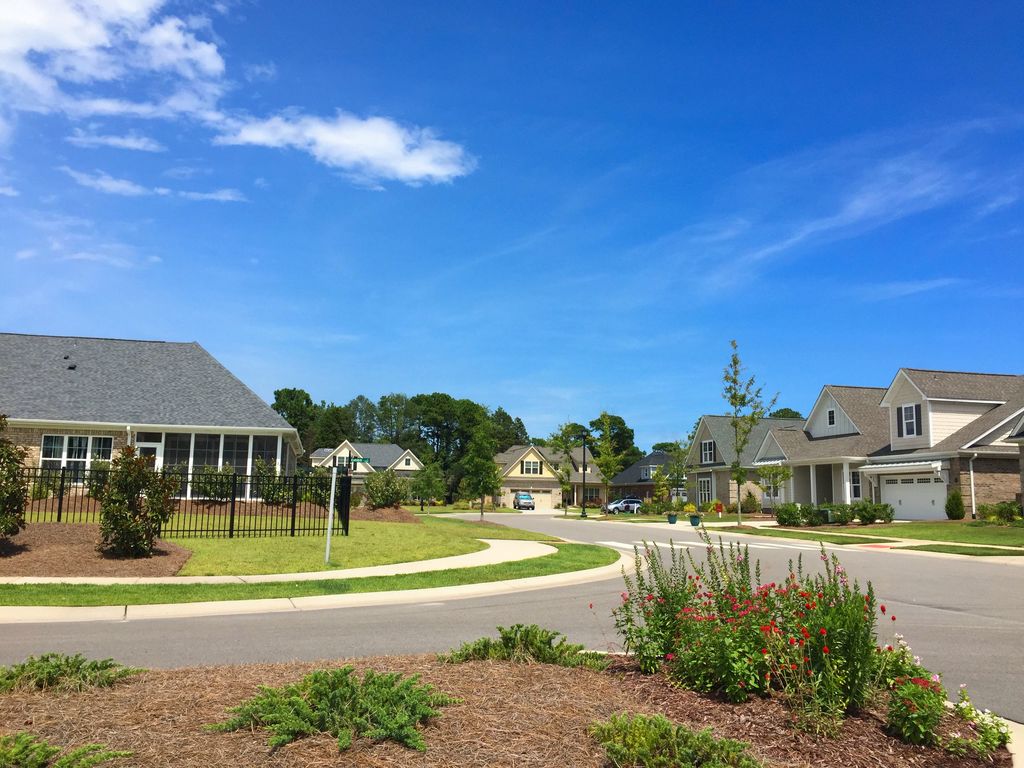 The Forks at Barclay – Streetscape

Once you cross Snow’s Cut Bridge, you are on Pleasure Island. This area encompasses Carolina Beach, Kure Beach, and Fort Fisher. However, it’s a label most well-known by locals when it was coined as part of a marketing campaign in the 1970s. Pleasure Island is 17 miles long and 2-3 miles wide, and is bordered by the Cape Fear River and Atlantic Ocean. It also has an 11-acre fresh water lake. Many homes are not located in a formal community as these are small beach towns, but a few areas to consider are SeaWatch in Kure Beach and Carolina Sands in Carolina Beach. 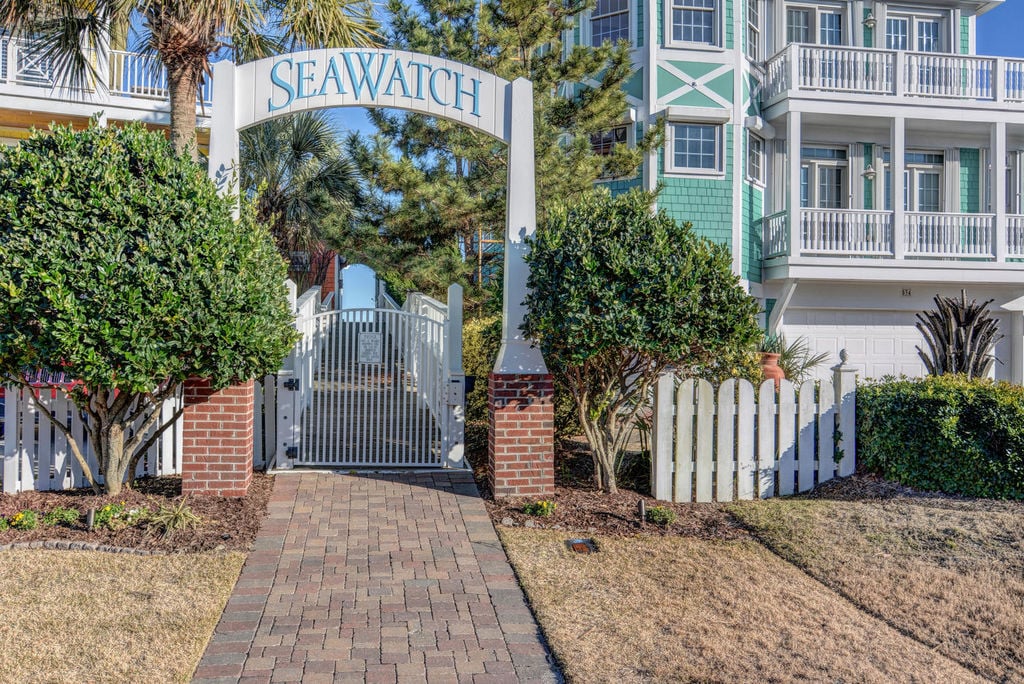 Hopefully this helps your home search. If we missed one, let us know in the comments!