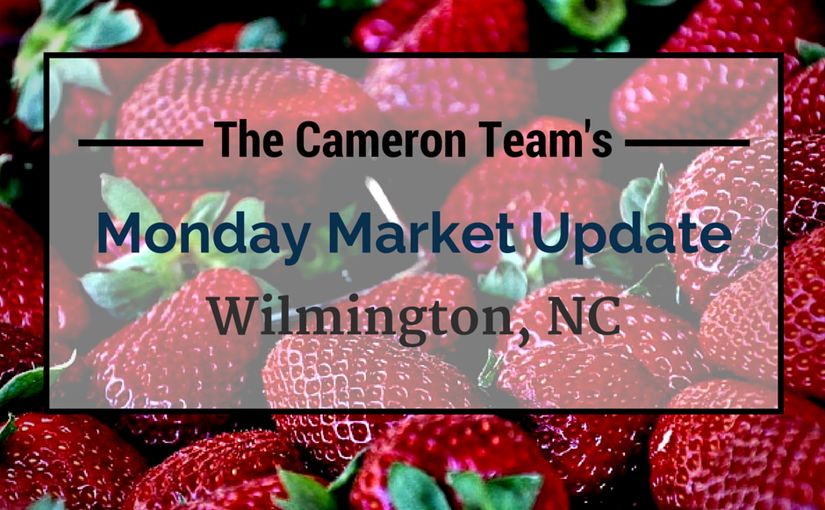 We hope you got to enjoy this weekend’s beautiful weather. This is an exciting time of year, because many of Wilmington’s annual events are starting up, including the Downtown Sundown Concert Series and Riverfront Farmer’s Market, which added a second location at Ogden Park on Wednesdays. So, if you haven’t had a chance to check out some of the local event calendars, now is a good time.

Recently, the National Association of Realtors released its 2016 Investment and Vacation Home Buyers Survey, which looked at existing and new home transactions in 2015. It found that vacation home sales were down 18.5% from 2014, when it was at its peak at $1.13 million. Despite this drop, it was still at the second highest amount in a decade.

Lawrence Yun, NAR chief economist, stated, “Baby boomers at or near retirement continue to propel the demand for second homes, although headwinds softened the overall volume of vacation sales last year. The expanding pool of buyers amidst a dwindling number of bargain-priced properties led to tighter supply and fewer sales and caused the price of vacation homes to rise. Furthermore, the turbulence that hit the financial markets the second half of the year likely seized some would-be buyers’ available cash.”

Nearly half of all vacation homes purchased were bought in the South. Over 1/3 of vacation buyers plan to use their home for a vacation or family retreat. 16% purchased for retirement and 7% purchased to generate an income.

As for investment transactions, the market saw a 7% increase in sales – $1.09 million, up from $1.02 million in 2014. Yun believes this is fueled by an increase in home prices and rental demand that are raising investor confidence. 42% of buyers surveyed said their main reason for buying was for the rental income. 16% said they found a good deal and 14% were anticipating a potential price appreciation. Out of all the properties purchased from investors, 37% were in the South.

Both vacation and investment properties saw a median price increase from 2014 to 2015. Vacation homes were up 28% ($192,000) and investments properties rose 15.3% ($124,500). With home prices across the nation rising, an increase in both of these categories was to be expected.

You can see more from the 2016 Investment and Vacation Home Buyers Survey here.

If you’re interested in exploring your options for a vacation home or investment property, give us a call! We’d be happy discuss the differences between buying a primary and secondary home, as well as run some numbers for you to see which areas may work best.

Have a wonderful week!