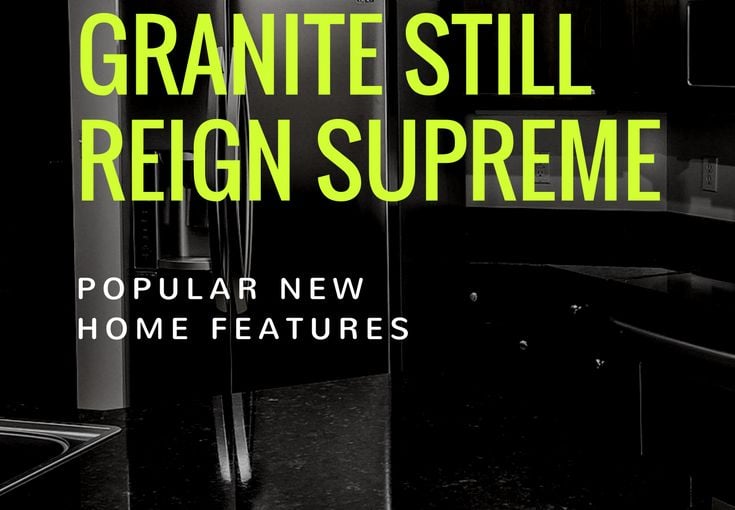 Results from the 2016 Builder Practices Survey, the National Association of Home Builders’ Consumer Preference Survey, and a Houzz consumer survey show that granite countertops and stainless steel appliances still reign supreme when it comes to new construction. If you’ve been shopping for a new home (or have submitted yourself to hours of HGTV reruns like I did while on maternity leave), this may not come as much of a surprise. Everywhere you look there are MLS descriptions boasting stainless steel appliances and granite countertops. However, if you were shopping for a home 15 years ago, things would have looked much different.

Until the 1990s, granite was hard to get, which made it expensive and rarely used in interiors. Colors were very limited, because the granite was regionalized. If you lived in the Midwest, chances were you got red granite from Wisconsin. If you lived in eastern Canada, you were likely to get black and white (or salt and pepper) from Quebec. Even though it wasn’t believed to be the best material for kitchens due to natural fissures that could harbor bacteria, its rareness made it attractive.

Over the years, advancements in technology and trade made it easier to transport granite from other regions. This lowered the cost per square-foot and made more colors available, which also made it even more popular among homeowners. Granite is now globalized and suppliers can order it from numerous countries in addition to the U.S. and Canada, including Italy, India, China, Brazil, Norway, Russia, and Mexico. According to the NAHB, granite is found in 64% of newly built homes. It’s followed by laminate (14%), engineered stone (9%), solid-surface (9%), and other (4%). 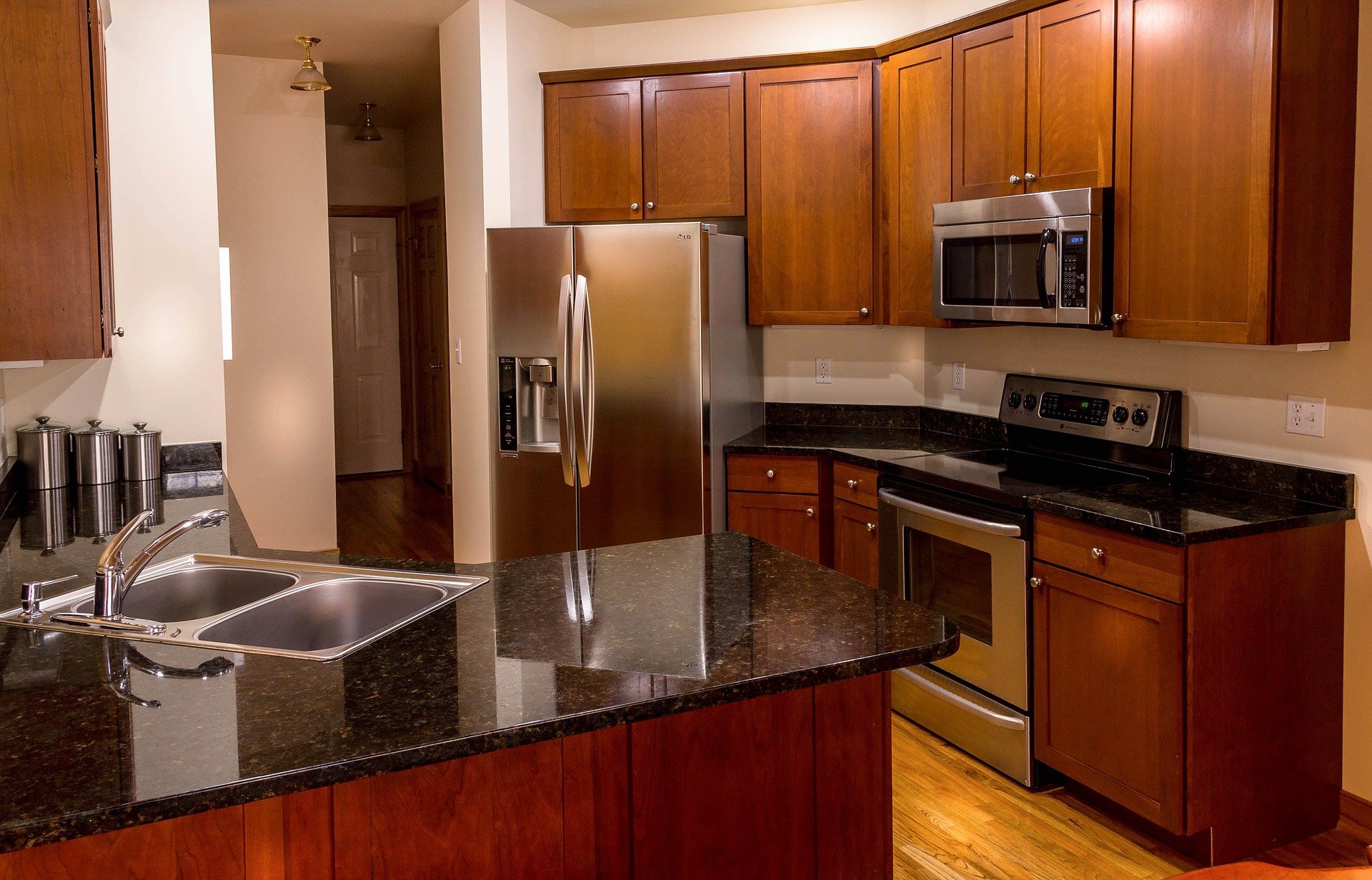 NAHB also found that 79% of appliances in new construction were made of stainless steel. They were followed by other (11%), black (6%), and white (4%). Like granite, stainless steel wasn’t popular 15 years ago, so what made it become so popular? It’s not as if stainless steel will make you cook better or make your kitchen look cleaner (have you tried cleaning off all those fingerprints?). To understand, you have to look back at the history of all kitchen appliances, including those used in restaurants.

For a long time, commercial grade appliances have been made of stainless steel. It’s a tough material that can take some abuse, which makes it a good choice for restaurant kitchens that see hundreds of hours of use per week, but not necessarily for home kitchens that see less than 25 hours per week. Megan McArdle at The Atlantic shared a relevant comment from a local blogger that stated:

On a fairly high end GE model I saw recently, it can come with one burner that can produce 17,000 BTUs on “power boil” -and the others do varying amount less. My low end oven can do at max 12,500 BTUs. A Garland heavy duty range (commercial grade) has burners that can produce 30,000 to 35,000 BTUs. They can also come with charbroilers that produce 90,000 BTUs. These type of appliances need a special wider gas line to work. They are more powerful than anything a typical consumer (except my mother) needs. They’re like Clydesdales.

Yet, homeowners started to view these commercial appliances as a status symbol. If they had them in their homes, they were viewed as serious chefs with real connections for buying appliances. Appliance manufacturers caught on and started creating appliances with the same look, but on a retail scale. They weren’t as durable or powerful, but just as pretty as their commercial counterparts and more expensive than other finishes. So, basically, stainless steel is just a look that homeowners prefer, its popularity seeded by a status symbol. I don’t know about you, but I like it because it’s shiny.

Why do surveys like this matter to the real estate community? First, what tends to remain popular usually has a higher return on investment (ROI). If a homeowner is trying to decide on materials for a renovation or new home that they hope to sell in the future, they’re likely to make more money by choosing granite for long-term use. Second, while appliances have a shorter lifespan than granite, including stainless steel appliances in a home for sale right now could make it more appealing to buyers. Finally, it shows how real estate can evolve. 15 years into the future, kitchens could look much different than they do now, but it’s likely granite will still have a higher ROI than less popular laminate.

Thinking of buying or selling real estate in the Wilmington area? Give us a call or send us a message through our contact page. We’re happy to discuss your options!